Where should I start? I guess most people would start at the beginning, but for some reason, I’m not going too. I’m going to start here:

The click of a computer key, the enter key. It was the day my mom had bought tickets to the Lorde concert. After several weeks of anxious waiting, the day came. My mom and I brought my two best friends. We drove to where the concert was held and after many photos and fuss, we found our seats. To us, it seemed as if we waited forever for the lights to dim. After the introductory group played a few songs, although it seemed like many more, we were ready for Lorde. Or, I guess, we thought we were.

Let’s just say, we were not expecting this.
The lighting was mesmerizing. The lights would flash on and off according to the beat in different colors.
A giant vintage frame held a giant screen. And on the screen several clips were projected during certain songs; but mostly on the screen was a live camera of Lorde.
We had so much fun at the concert! I remember it so clearly, as if it was yesterday.

Now let’s talk about Lorde herself:

Her debut single “Royals” was released August 2013 and was immediately a worldwide hit. It was nominated “Best Song of the Year” by several grand media-outlets and got many different awards, one of them being a Grammy! Just one month later, in September 2013, her album Pure Heroine was released. Many, including me, fell in love with her and her music. She continues to inspire everyone with her music.

Lorde is also a giant fashion icon for teens all around the world.
She has appeared on numerous magazine covers, including Vogue, Clash, and Fashion. Her style is quite unique yet very beautiful. 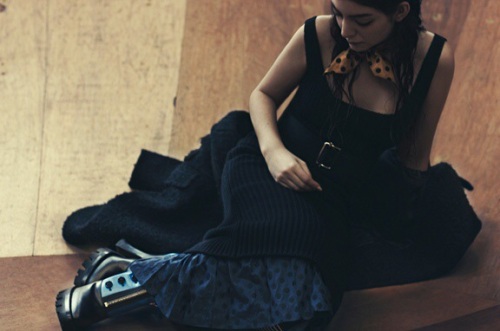 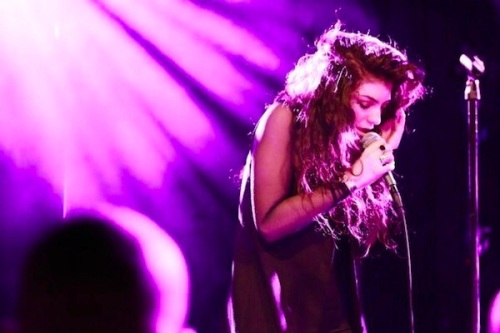